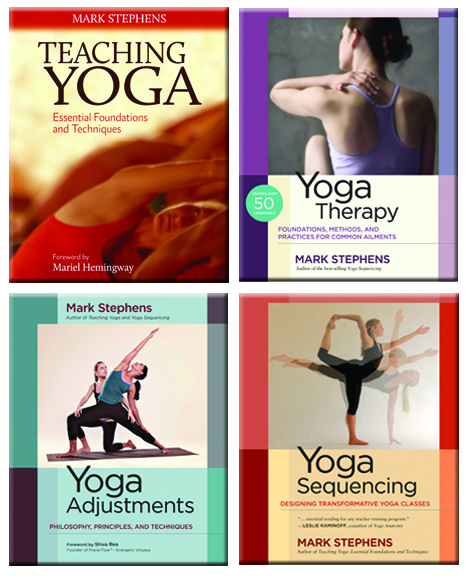 about-1
Mark Stephens is a dedicated yoga student whose personal experience of yoga’s promise to make life better inspires him to share the practice through teaching and scholarly writing. Described by Yoga Journal as “the teacher's teacher,” he is a Certified Yoga Therapist, member of the International Association of Yoga Therapists, and author of the international bestsellers Teaching Yoga, Yoga Sequencing, Yoga Adjustments, Yoga Therapy, and Yoga for Better Sleep, which are found in several languages. Mark is presently writing Yoga Myths, which explores folklore, fantasy, and science fiction in the histories, philosophies, and practices of yoga. From devoted personal practice, deep study of yoga history and philosophy, human anatomy and physiology, social and interpersonal dynamics, and eastern and western theories of being and consciousness, he brings a non-dogmatic, accessible, and integrated perspective to yoga therapy that makes yoga a more refined resource for healthy living. Practicing yoga daily since 1991 and teaching since 1996, Mark draws from his prior years in academia, as an education consultant, and as a progressive social change activist to create practical resources for yoga teachers and therapists. In 1997, he founded Yoga Inside Foundation, establishing therapeutic yoga programs in over 300 schools, treatment centers, and prisons across North America, for which he received Yoga Journal's 1st Annual Karma Yoga Award. Mark lives in the Santa Cruz Mountains of California and teaches globally.
about-long-story

Thirty years ago I couldn’t imagine being a yoga teacher. Although I had dabbled in yoga in my late teens, things like college, work, and relationships took me in a different direction. Indeed, I went so far in another direction that yoga would seem farthest from it - community organizing, politics and academia, yet that path brought me back to the practice in a way that felt like coming home after a long adventure. A few years later teaching yoga became the most natural expression of what mattered most in my life: waking up to the fullest experience of being vibrantly alive.

I was lucky to be raised in a family of teachers and spiritual seekers; it was my first yoga teacher training. After my dad and mom retreated from Silicon Valley a few years before it was called that, they settled in the Santa Cruz Mountains where every day they created a way to celebrate life amidst the natural and cultivated beauty of the land. They instilled a sense of playful curiosity about the world, inspiring me and my siblings to explore and experience the world with open minds and strong bodies. As teachers they made everything from shifts in the weather to maintaining the land to fixing machinery to preparing food into learning experiences in the laboratory of life. Without ever suggesting that we teach, they made us into teachers. Without ever asking us to bow, they opened us to experiencing a sense of spirit in every moment of life.

In 1969, when I was 10, my mother died from the effects of breast cancer. (The picture below shows her in King Pigeon Pose when she was 8 years old, summertime 1931, in the San Lorenzo River that flows down from our mountains into Santa Cruz. My grandfather and my mom's siblings are sitting on the dock.) Later that year we moved south to the Mojave Desert. It was a challenging time for our family as we adapted to living without our mom; there was a palpable sadness, yet with it deeper reflection. We started asking questions about life and death, even as we enjoyed doing all the fun things kids do when being kids. It was clear that life could be really challenging, yet in the challenges lay the path to feeling that much more alive and vital. It's an insight that I try to tap into whenever on my mat or helping someone else with an asana or breathing technique. 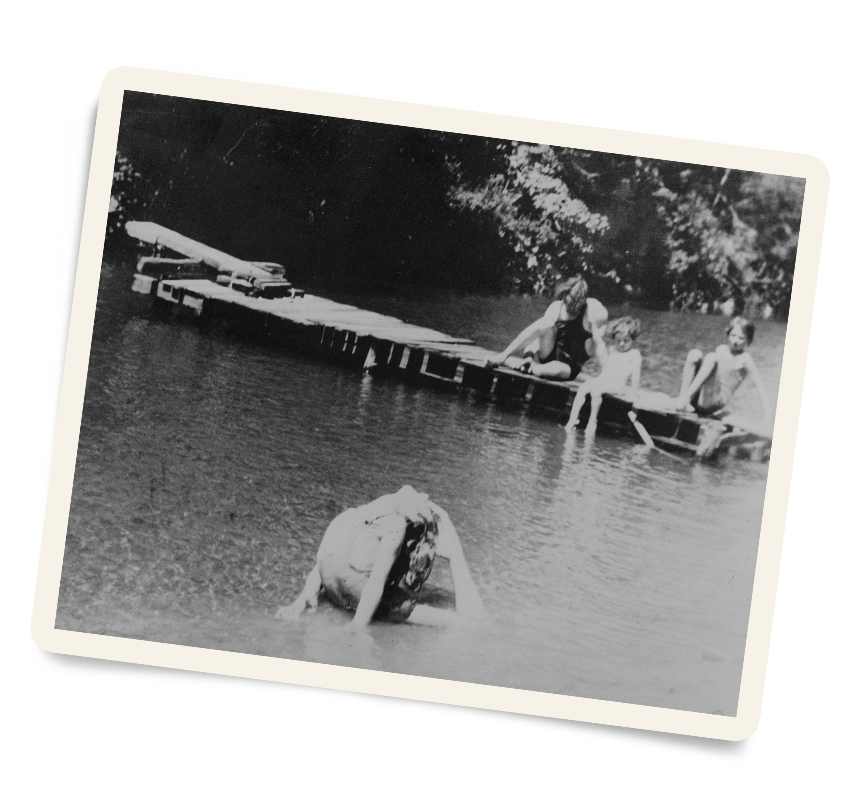 Five years later I had my earliest experience with both teaching and yoga. I had started tutoring in a special education classroom (with developmentally delayed children), which ignited a passion for teaching that has grown stronger ever since. That same year a friend gave me Alan Watts’ The Book: On the Taboo Against Knowing Who You Are, turning me onto Eastern philosophy, meditation, and yoga. I then found a yoga book by Richard Hittleman and started playing around with the asanas. Two years later, I was tutoring college students in math and philosophy while using B.K.S. Iyengar’s Light on Yoga to dive more deeply into yoga. Teaching and yoga, although largely separate, were pulsating in my heart and bodymind. So were other things, particularly matters of social injustice in the extremely conservative and racist region where I lived (Antelope Valley), drawing me to volunteering in a local ACLU project to make the local law enforcement agency accountable for its often excessive violent actions as well as organizing on the local community college campus around matters of affordable education.

Returning to Santa Cruz to study at the University of California campus there in 1979, yoga quickly faded as I concentrated on my studies and political activism on campus and in the local community. As a teaching assistant in the Community Studies program, I again enjoyed facilitating learning. I also enjoyed all sorts of sports and outdoor adventure, from basketball and ultimate Frisbee to skiing, rock climbing, and triathlons. After graduating with highest honors, I went to L.A. to work on environmental issues for a few years, gaining my first experience in teaching others how to do activist community organizing. With one foot firmly grounded in that work, I stepped the other back into academia for seven years of post-graduate studies in comparative and historical sociology at UCLA, and worked at night teaching at L.A. City College.

My doctoral research was pretty far removed from yoga: I studied the origins and early historical development of the CIA as a case study of power at the highest levels of the American state. I loved the intellectual work, the research and writing, the give and take in seminars shared with amazingly smart people, and the sense that our work could matter in a world filled with conflict and contradiction. Yet graduate studies also highlighted the gulf between academia and the practical realities of life in L.A. amidst the raging gang wars and social conflicts of the 1980s, leading me to teach social studies and journalism in Compton, Watts, and later in L.A.’s high security juvenile institutions where I could work directly with young gang members. This led to over ten years working at the intersection of the education and juvenile justice systems as a teacher, administrator, policy advocate and executive management consultant, joining the inaugural board of directors of the Watts-based Community Self-Determination Institute, where I focused on strategic planning and resource development.

Working with gang members marked the first time since my mother’s death that I was fully faced with matters of life and death on a daily basis. This brought me back to many of the questions I had explored in my teens; it also brought me back to yoga. My work and my life were seemingly in fast forward, yet I couldn’t see clearly where I was or where I was going. I felt somewhat lost. I wanted a better sense of balance in my life - a better life. 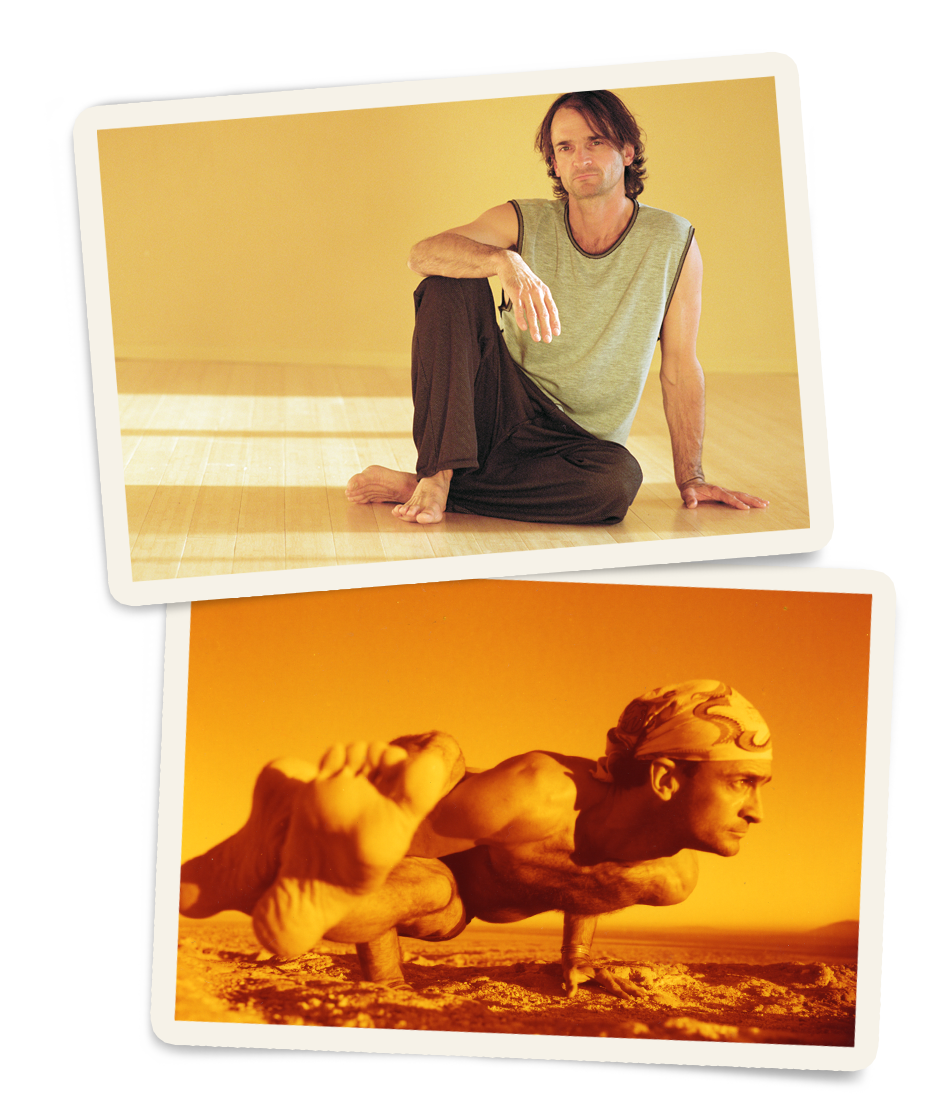 My first formal yoga class was with Steve Ross, who made yoga absolutely fun and spirited yet deep and sublime. I began a daily practice that continues to this day. I soon found my way to Erich Schiffmann's classes, a blend of his Iyengar background and Joel Kramer's "playing the edge" method, from there to Ashtanga Vinyasa (initially with Chuck Miller), and later vinyasa flow with Shiva Rea when that style was first emerging in the mid-1990s.

In 1995 I completed the original Yoga Works teacher training program with Maty Ezraty and Chuck Miller, then immersed myself in advanced teacher training 1995-1997, including in-depth workshops with a wide array of senior teachers in the Iyengar, Yoga Therapy, Ashtanga Vinyasa, and Kundalini methods, all of which I continued to explore for many years. I started teaching a full schedule of classes in January 1996 and have taught yoga ever since.

In 1997 I founded Yoga Inside Foundation, organizing and supporting ongoing therapeutic yoga classes in hundreds of inner city and poor rural schools, treatment centers, prisons and other alternative settings in 42 states, traveling around the United States conducting therapeutic yoga trainings for teachers involved in the project. This experience brought me to focus more and more on developing and implementing the best possible yoga teacher training program. Yoga Journal magazine recognized the Yoga Inside initiative with its 1st Annual Karma Yoga Award in 2000.

In 2002 I founded L.A. Yoga Center with twenty-five teachers on staff, including Rod Stryker, Marla Apt, Chad Hamrin, and Hala Khouri, with Rodney Yee, Shiva Rea, Dona Holleman, Pandit Tiguniat and others dropping in to give workshops.  After selling L.A. Yoga Center to Yoga Works in 2004, I resettled in my native Santa Cruz to be closer to my family, dear friends, and the amazing central coast of California. In 2005 I also dove into yoga video work, producing six Shiva Rea videos with the amazingly talented producer/director James Wvinner. In 2009 I opened Santa Cruz Yoga, building it into the premier yoga studio in region with a vibrant class schedule, workshop program, and teacher training school. I let go of the studio in 2016 to focus more on teaching, writing and living.

Reflecting on my experience with Yoga Inside, my background in education, and my experience as a yoga student and teacher, I felt inspired to write Teaching Yoga, which was published in 2010. As I very much enjoy the art of crafting sentences and attempting to clearly articulate ideas, I've felt drawn to do more writing, penning articles and "For Teachers" columns for Yoga International, Yoga Journal China, and Yoga Journal Deutschland, blogging, and writing more books on the art, science, and spirit of teaching yoga: Yoga Sequencing, Yoga Adjustments, Yoga Therapy and Yoga for Better Sleep. I' now working on book on the myths, mysteries, and pseudoscience in yoga, the healing arts, and the philosophies of consciousness.

What's next? Well, first it's what's constant: staying in my daily practice (morning pranayama/meditation, afternoon asana and whatever invites me), eating well, sleeping well, cultivating close connections with dear friends and family, always using my brain in new ways, and staying close to nature. More breathing through my heart, especially in a world beset with problems, while always opening to greater clarity and joy – always and forever.

Thank you for taking the time to read this. I hope to meet you on the path! 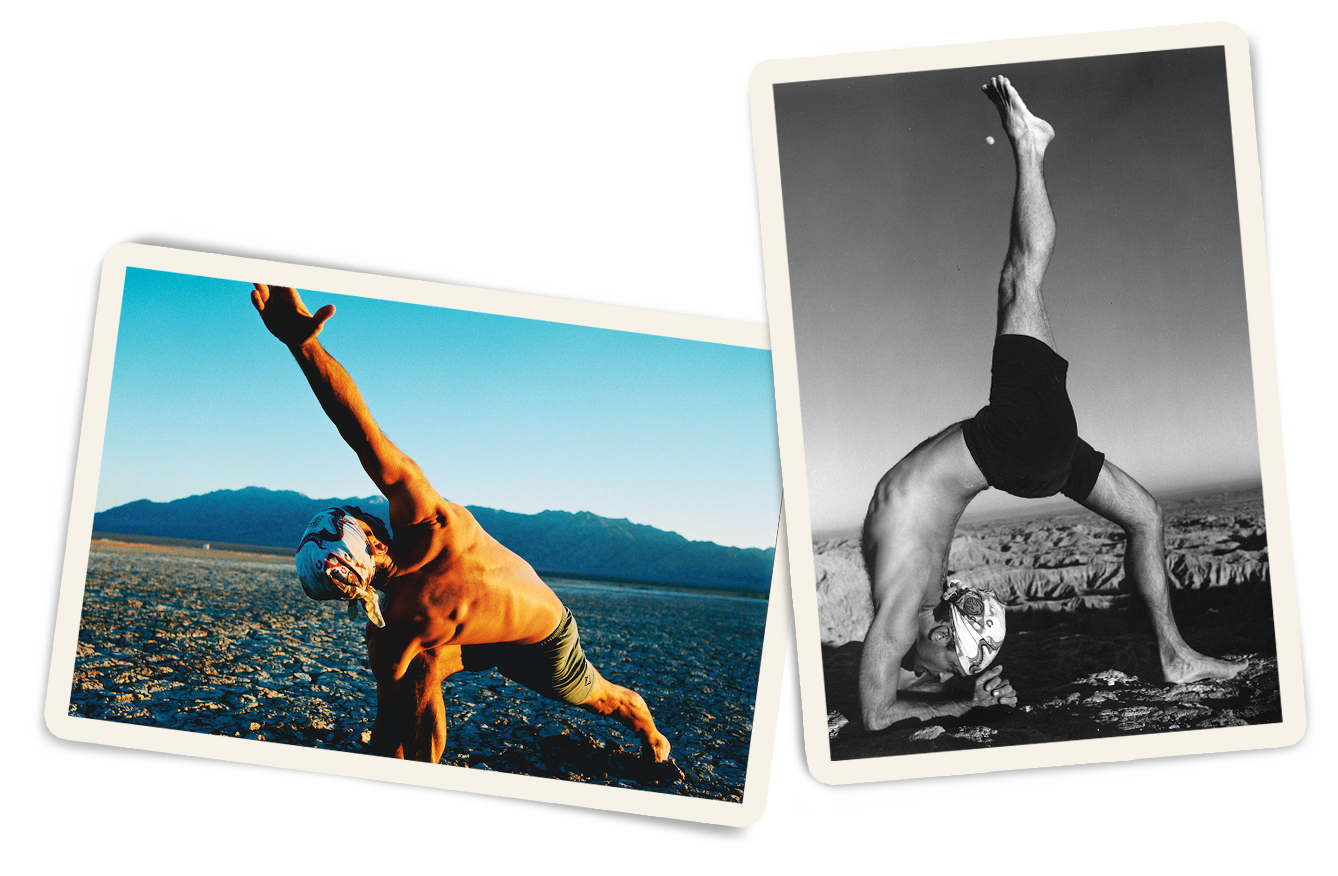 The world-class Mark Stephens Yoga Teacher Training programs concentrate on learning and integrating the five essential elements of teaching yoga, preparing new teachers to teach with confidence and competence, and experienced teachers to deepen, refine, and explain their reportoire of skills and knowledge.

Interested in having Mark teach at your studio or conference? Learn more here.